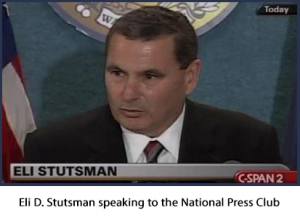 When litigation is inadequate, I have designed and implemented successful legislative and political solutions.

My clients include, among others, the Humane Society of the United States (HSUS), the Drug Policy Alliance (DPA), the Death with Dignity National Center (DDNC), and PDX Entertainment.

I am available to assist with the drafting of new legislation and the design and implementation of the political strategies necessary to succeed. Here are a few examples of my legislative drafting and political work:

The Oregon Death With Dignity Act – a state statute permitting a physician-assisted death for competent, terminally ill adult patients – was the first law of its kind in the world. I have had exceptional experience with Oregon’s popular and successful Death With Dignity Act. My involvement has varied over the years, to include co-authoring the Act in 1993, serving as the lead political and legal strategist during the 1993-1994 campaign to pass the Act into law and again during the 1997 campaign to prevent its legislative repeal, successfully defending the Act during two rounds of federal court litigation spanning 1994-1997 and 2002-2006.

In the fall of 1993, I co-founded Oregon Right to Die, the political committee that passed the Oregon Death With Dignity Act into law in November, 2004. In January, 1995, I co-founded the Oregon Death with Dignity Legal Defense and Education Center, which later became the Death with Dignity National Center. In Chapter 17 of the book, Physician-Assisted Dying: The Case for Palliative Care & Patient Choice (2004), I detail the political and legal considerations necessary to accomplish death with dignity reforms. This early political summation not only explains Oregon’s success with death with dignity legislation, it has also withstood the test of time and is still strategically relevant twelve years after publication.

For news coverage of this legislation, please see the following New York Times articles, other articles, and Media highlights:

I was retained to assemble and then lead a diverse team of lawyers, lobbyists, and other strategists in drafting an amendment to the Oregon Constitution that was passed in 2000 by two-thirds of Oregon voters, liberal and conservative alike. Since passage of the highly popular Oregon Property Protection Act of 2000, I have defended the law in court, helping to make Oregon, for a while, the only state in the nation that was not conducting civil forfeitures without first obtaining a conviction. Variations of this law have since been passed in other states. Read more…

I have the experience needed to assist in legislative drafting or in devising political solutions.