As a lawyer representing nurses before the Department of Human Services (DHS), I was recently hired by two Certified Nursing Assistants (CNAs), each facing finding of patient abuse by DHS. Both cases involved allegations of rough treatment of a patient and, in both cases, DHS went the next step and issued a notice of intent to publish the findings of patient abuse in the registry maintained by the Oregon State Board of Nursing (OSBN), typically a career-ending event for the nurse.

The factual records were similar in each case, but in the first case, the nurse hired me as soon as she received her notice from DHS, while the nurse in the second waited to hire a lawyer until the DHS finding of abuse was “finalized.” The defense in both cases was essentially the same, and both cases required that the nurse be interviewed by the investigators from DHS and the Board of Nursing.

In this first case, our preparations were extensive, including preparation of written statements well in advance of the DHS and OSBN interviews. At the DHS interview, we persuaded DHS investigators to withdraw their finding of patient abuse, a tremendous victory. Our success at DHS naturally influenced the mirror-image case pending before the Board of Nursing, and the Board of Nursing likewise chose to close its file without disciplining the nurse, a “double victory.”

The second case – off to a bad start – DHS defends its finding of patient abuse.

In sharp contrast, the nurse in the second case did not hire a lawyer, and she was unprepared when she attended the so-called “informal interview” at DHS. Although DHS characterizes this interview as “informal,” it is anything but; it is a very important interview. At the informal interview, the nurse will face the very same investigators who previously found that she committed patient abuse. This interview is also the last opportunity for the nurse to convince the DHS investigators that they got it wrong.

Without a lawyer, the nurse in the second case did not appreciate the importance of the informal interview, and she did not know how to prepare. She also mistakenly chose to attend the interview by telephone. Making matters worse, the nurse spoke broken English with a heavy accent, so it is doubtful that her concerns were properly understood by the DHS investigators on the other end of the phone during the informal interview. In sum, the informal interview by DHS investigators requires careful preparations and a near-perfect presentation, but without an experienced DHS lawyer, it is unlikely you will know how to prepare yourself. I believe that had the second nurse been represented by an experienced DHS lawyer, DHS would have withdrawn its findings of abuse in that case too.

It gets worse. Because the second nurse, without a lawyer and unprepared by a lawyer, failed to persuade DHS to reconsider and withdraw its finding of patient abuse, her only remaining choice was to give up, or to proceed forward, to a contested case hearing. A contested case proceeding is essentially a trial before an Administrative Law Judge (ALJ). The nurse in this second case chose to keep fighting. She had no practical alternative if she wanted to continuing working as a CNA. For the hearing, the second nurse finally hired a lawyer and she was well represented by that lawyer at hearing, and she made a good record. Although she won most of the factual disputes relevant to DHS’ finding of patient abuse, she did not win them all, and, in the end, the ALJ affirmed DHS’s finding of patient abuse. I was then hired to take her case up on appeal.

What was the difference between these two cases with similar findings of patient abuse?

I do not believe the facts of the two cases are much different. Both cases involved a CNA, allegations of rough treatment of a resident, and findings of patient abuse by DHS. Both cases include extenuating circumstances that explain what had happened, at least in part. Indeed, if I had to predict which case had the better odds of success at an informal interview with DHS, or at a hearing before an ALJ, I would be hard pressed to pick one case over the other. This is because the difference between these two cases is not so much the individual fact patterns, but instead the quality of the nurse’s early preparations, guided by an experienced lawyer.

The moral of the story

The moral of the story is that when defending against allegations or findings of patient abuse, hire a experienced DHS lawyer at the onset. Do not wait to hire a lawyer until you are faced with a hearing or, worse, you have lost your hearing and the only choice remaining is to take an appeal. The best results are almost always obtained well before that, during the early stages of the investigation. Retain and experienced attorney at the beginning, before you do anything else. 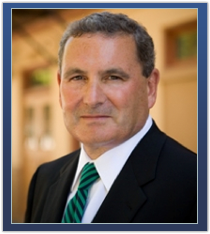 If you have received a notice of proposed disciplinary action, it most likely means that your licensing board, whether it be the Oregon Medical Board, the Oregon Board of Pharmacy, or the Oregon State Board of Nursing (or any of the other state licensing boards in Oregon), has concluded its investigation, reached certain conclusions about your practice standards, and is now proposing to discipline you for one or more deficiencies, by imposing one or more sanctions upon you.

The range of sanctions

Illicit drug use; impairment; fitness to practice your profession

If illicit drug use or abuse is involved, then you should further expect to complete an assessment and the drug treatment necessary to restore your health. If you are impaired, or your fitness to practice as a physician, pharmacist, or nurse is at issue, these assessments may be extensive and expensive, and may require travel to an approved facility.

The general concern of all healthcare licensing boards is to ensure patient safety and the competency of the individual practitioner. If a pharmacy is involved, the board will further want to ensure the security of the drug inventory.

What are the next steps?

If you haven’t been represented by licensure counsel thus far, the next step is to retain legal counsel. Too many health care providers wait to obtain legal advice until shortly before or after being interviewed by field investigators or licensing boards, or worse, after receiving written findings and proposed sanctions, i.e., a notice of proposed disciplinary action. At this point, your licensing board has reached conclusions about your practice, and at this late date, your opportunity to participate and influence proposed findings and sanctions has been greatly diminished, but there is still important work to do. The next step is to negotiate a settlement, or to proceed to an administrative hearing. No matter what you do, you need legal counsel. You have waited too long if you have not retained legal counsel at this point.